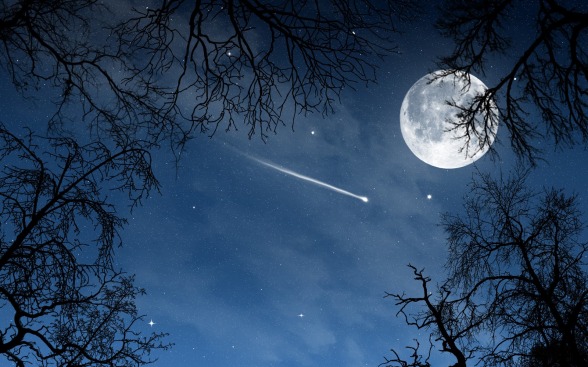 Today the first of a series of interviews with unpublished fantasy writers. That’s right, those out there still trying to get their fantasy stories read by the general public. I envy them…they have the opportunity to determine what we’ll be reading in the future. This is a chance  for you to learn what to expect from the fantasy writers still to come.

We begin with B. L. Sherrington.

“Opportunity isn’t going to come knocking on your door. You need to break down their doors to take yourself to the next step” B.L. Sherrington.

B.L. SHERRINGTON was born in London in 1989. Sherrington developed a passion for stories following a childhood filled with many nights reading fantasy books, thanks to the influence of Sherrington’s mother. Sherrington delved into an imagination filled with creativity and boundless possibilities using the people as characters and the backdrop of London as inspiration.

“I’ve always been the kind of person, whose head was bouncing around with ideas. As a child I would make up scenarios my toys would get up to and narrate them to my dad who’s blind. This was around the time my mother bought me a typewriter”. Growing tired of reading other author’s stories, Sherrington developed an affinity for fiction and at the age of eight wrote A Fallen Star, about a star who fell from the sky into the arms of a midwife and was nursed back to health before lighting the sky again over Barnet General Hospital.

“Over the past twenty years, I’ve explored writing in a lot of different mediums. I started as a blogger, and then became a journalist. My favourites have been writing film, theatre and book reviews for Exeunt Magazine and Litro Magazine. In 2015, I took my creative writing more seriously. I was penning short stories and poetry daily and a year later, I began my serialised fantasy novel, Wish Upon A Star on Channillo.” 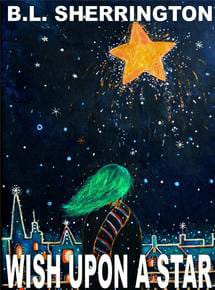 Cover of “Wish Upon a Star” (artwork by Tatev Ghambarian)

“Mother Nature is a force to be reckoned with. Living on a gold-plated cloud on her planet named Lemsi, she is situated above the planets. With control of the weather, the ability to create and destroy worlds, her reputation speaks for herself. Respected for her ability and fearing her level of power, many try to stay as far away from Mother Nature as possible. All except for Martay, a wizard on Mars who rules it’s colony of Foxous”  – WISH UPON A STAR.

I put some questions to B. L. Sherrington:

1) Tell us about your work-in-progress.

I have quite a few! I have just completed my dark fantasy screenplay for a feature film entitled The Legend of Kuse House and I’m collating my short stories and poetry into two e-books, Orphic and Heart of Lion, to release in February.

I am working on two adult fantasy books: Basilar and The Legend of the Rastafari. A Young Adult book series Bobita and two children’s fantasy books, Akila and Deep Sea.

I’m 20K words into Basilar, a story of a sixth-generation fisherman who during rough seas meets a 50ft sea creature, Basilar, who kills using the elements, travelling in between the different seas. I’m hoping it will be completed by mid 2018.

“A creature emerged from the water . At fifty feet tall, with red scales, a curved tail, a square shaped head and long blue horns, Paul was astonished to say the least. The creature scratched through the ivory flag with its razor sharp ivory thick trunk like nails. Paul, terrified, looked at the creature, examining its face. It’s eyes were enlarged black pools of darkness. Soon the creature backed away breathing out a flood of water to the deck of Diana, disappearing instantly.”  From BASILAR

Reality is filled with boundaries and limits. Fantasy gives the freedom to say anything is possible and as a creative writer, I’ve been intrigued by the idea of creating my own world.

3) Who do you see as your writing influences?

4) What is the future of fantasy? Do readers still want the same old thing or are they looking for something fresh and “different”? Are there things about the genre you find worn-out or over-done? Is there a particular direction you’d like to see fantasy take as a genre?

I think a bit of both. There are some who like the tradition manner of fantasy writing, but I think the majority are moving towards wanted majestic on a whole new scale. I think Chris Colfer’s Land of Stories, is a good blueprint for where fantasy is going. Blending reality with a combination of fairy tales is where the genre is headed.

So many books get adapted into films within a year or two, I think that needs to be considered in the writing process. How will this play out on screen? Or on stage?

Having the confidence to share my writing with the world has been a challenge. But once I did build up the courage to leave myself open to criticism by sharing extracts of my book with my followers on my social media channels, I was pleasantly surprised to the reaction.

I’ve been told Wish Upon A Star is gripping, Bobita has inspired other writers to start their own story and The Legend of the Rastafari, made me someone’s muse. So far, the best experience I’ve had as a writer, is managing to navigate my way through my grief by using it as a backdrop to my stories.

6) What fantasy books or films have you enjoyed and why?

My favourite stories are the ones where the authors create new worlds. They inspire me to think outside the box.

Books: A Wrinkle in Time, James and the Giant Peach, The Chronicles of Narnia, Alice in Wonderland.

My favourite films are full of creativity, ingenuity and slightly eccentric, so I love Tim Burton’s films such as Maleficent and The Nightmare Before Christmas.

I also love a musical. Both film genre and the theatre. My top two would be Labyrinth and Wicked.

7) What fantasy books and films have you not liked and why?

8) Why is fantasy an important genre?

Fantasy goes across religions, age groups, sexual orientations, and race. It manages to unit us all, teaches the power of imagination and in present day when reality is riddled with lies and stress, it’s an escape to bring a bit of happiness. 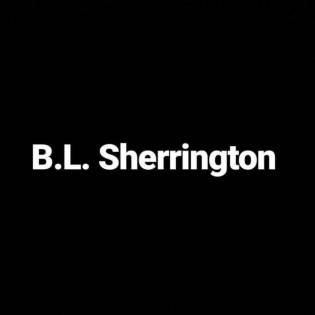